The Imitation Game is terrible. It represents practically everything that is wrong with Hollywood and the fact that it became so widely lauded demonstrates just how far expectations for movies have fallen, if they ever were high to begin with. If Transformers 7: Attack of the Transformers were just Transformers 1, except relabelled, I highly doubt anybody would notice. People would sit there gyrating in their seats, tweeting about how their cat ate a bowl of food, with equal frothing relish as if they’d seen new material. If you attempted to point out that they’d already seen this movie, they’d likely squeal like a pig and run off down the garden. I’m guessing this as I don’t really hang out with people.

Anyway the problem is that Hollywood has figured this out and now produces the same exact movie that its pacified, filter-feeding audience blob usually watches. It’s safer this way. They get safer, predictable profits, and you get to make it from morning to bed without ever being challenged or encountering new ideas or nuance. The film is made by committee and only characters from the “book of familiar clichés that don’t challenge people” are considered for the story.

The Imitation Game is doubly annoying as from the outset it looks like it’s trying to elevate itself above such lukewarm banality. It deals with the genius Alan Turing, a man who helped invent the computer and whose codebreaking efforts in World War 2 likely saved hundreds of thousands of lives.  If you went into the Expendables 3 expecting Mozart – that’s your fault. However going into a biopic of a scientist and expecting some mild stimulating of your brainstem is probably not unreasonable. Instead, The Imitation Game is Transformers 2, except set in the 1940s where optimus prime is a computer scientist instead of a truck and Michael Bay is World War 2 and explosions are numbers etc. Sure, the audience doesn’t shout advice at the characters or pop caps in the ceiling like they would at a Transformers performance, here they just applaud politely whenever Alan Turing turns into a truck. But it’s the same basic shit.

Alan Turing wasn’t socially inept. Portraying him as being borderline autistic means we are no longer watching a biopic of Alan Turing, or anybody even close. But the socially inept genius is a standard trope we’ve come to expect so, you know, fuck it. Commander Deniston (the man who hires Alan) was portrayed as an aggressive, petty man who hated Turing. In reality he was very supportive of him and the other codebreakers. But you know a genius dealing with adversity is better so, fuck it.  It’s not enough to be dealing with the adversity of WW2, you have to make it look like one man saved the entire world entirely on his own despite opposition from everybody all the time. Similarly, the decryption machine was portrayed as being Turings work alone with everybody else trying to stop him. In reality everybody supported him and it was a collaborative effort. And on and on and on… 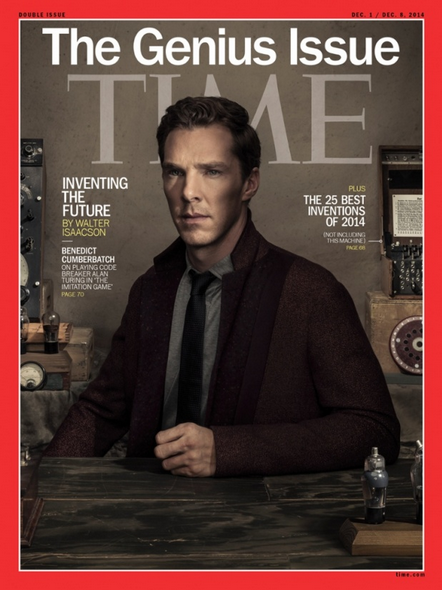 Many of the inaccuracies don’t affect things too much. For example, it is stated as fact that Turing committed suicide as a result of the state imposed chemical castration. While this point is debated, stating it as fact doesn’t fundamentally alter the character or the story. Either way the state treated him badly despite his heroic service. Other things though, like showing Turing and friends deciding which enigma decryptions to show to their superiors (to avoid arousing the suspicion of the Nazis), are totally fictitious. The people decoding enigma had no say in this and it’s just false.

Turing’s character, his environment and the characters of the people around him are altered so severely that it defeats the point of a biopic. Furthermore, there already was an interesting story here. He was a genius who helped defeat the worst bad guy of all time and was persecuted by the state he saved, just for being gay. That’s an amazing story in itself. You don’t need to give him a robotic exoskeleton, introduce time travel or set the whole thing in a strip club in order for it to be fascinating. I found the scene in which Turing wins a hot-dog eating contest particularly distasteful. 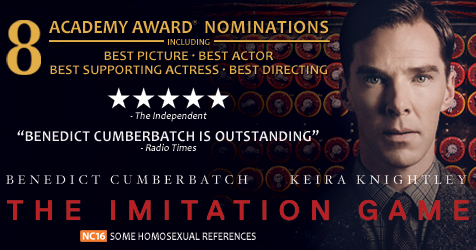 Beneath this though, something else is going on. The film feels somehow quirky or alternative and yet is filled with cookie-cutter characters. It feels intellectual and yet spoonfeeds you. It seems to be about Alan Turing but the character is utterly different. Most reviews are highly praising of it. It actually won the Oscar for best screenplay. I guess at this point the entire of Hollywood (or wherever made this) is so entrenched in short term thinking, reviewers have such low expectations and audiences have no desire to live outside of their brave new world that everybody is crazy.

Ah fuck it. I’m in! I’m going to go see it again. This time I’ll do things properly, I’ll phone up the cinema and buy like, 6 tickets, which I guess is the average. And then I’ll get a Kanye West tattoo, order a bacon flavoured dustbin of popcorn and get a diet coke large enough to fit my head inside. Then I’ll sit in my seats wearing my expensive sports team official merchandise baseball cap and foam hand and boo loudly every time Europe is mentioned. I’ll keep half looking at my phone, quickly swiping left and right in an attempt to match some girl that is also in the cinema and maybe we can procreate then and there. I’ll laugh loudly with my mouth full of popcorn as I ride that girl while Alan Turing dances around dressed as Barney the dinosaur in the background. On the way home I’ll vote for Donald Trump. I don’t know why I resisted for so long, it’s blisss, joinnnn meee ee iIt’s blisssssssssssssssdfasdfasdf??!/1

3 thoughts on “The Imitation Game”